The greatest risk to the United States economy right now is a recession triggered by the European financial crisis. Even though my best estimate is that we will avoid a recession, the risk is certainly high.

I’m writing an article for bankers on this topic, and I wondered how much states varied in their exports to Europe. My own state of Oregon has a fairly high level of exports relative to GDP, but a relatively light share of its exports head to Europe. As a data guy, I did the obvious: grab some numbers and command Excel to do the long division. (Exports are from http://tse.export.gov/TSE/TSEHome.aspx, and GDP comes from http://www.bea.gov/) 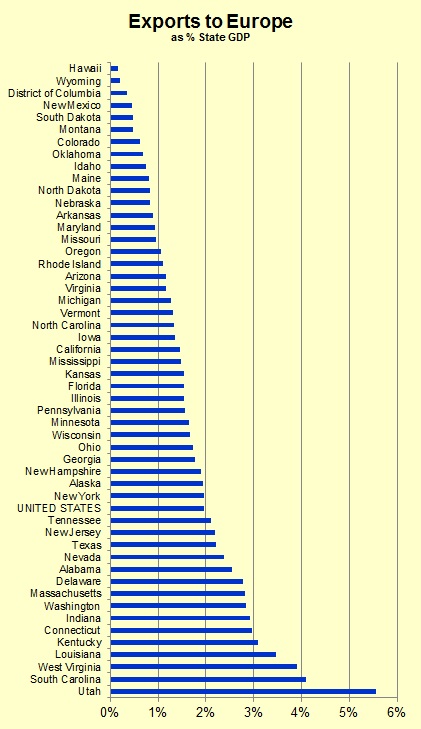 The data are not perfect, but they do give a general idea of how high each state’s direct risk from Europe is. I say direct risk because there’s also indirect risk: if a bunch of East Coast states go into recession, the West Coast can’t avoid it even though their direct exports to Europe are small.