The U.S. Chamber of Commerce has launched an ad campaign in support of expanding America’s Free Trade Agreements. The ad states that the world has roughly 300 such free trade agreements (known as FTAs) yet the United States has an FTA with just 17 countries. The ad notes that there are still over 100 FTA’s pending for approval. The ad also quotesPresident Obama, “If America sits on the sidelines while other nations sign trade deals, we will lose the chance to create jobs on our shores.” 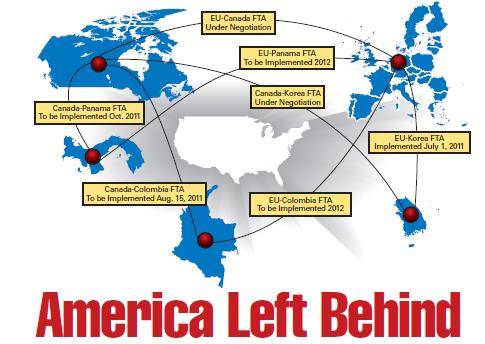