From the new report out of Georgetown University entitled “What’s it Worth” comes a mountain of data about the market value of college majors. Not surprisingly economics does very, very well. It is not surprising because lots of previous data has shown economics to be a very valuable major and because of the skills that are developed in the course of an economics training – quantitative, analytic and expository – that are both rare and valuable across many professions.

Here is a look at the general data. As usual, engineering comes out on top. A fine and valuable skill and profession is engineering, but we often see engineering students who are quantitatively skilled but looking for some more social applications migrate to economics (and no doubt the reverse is true as well). 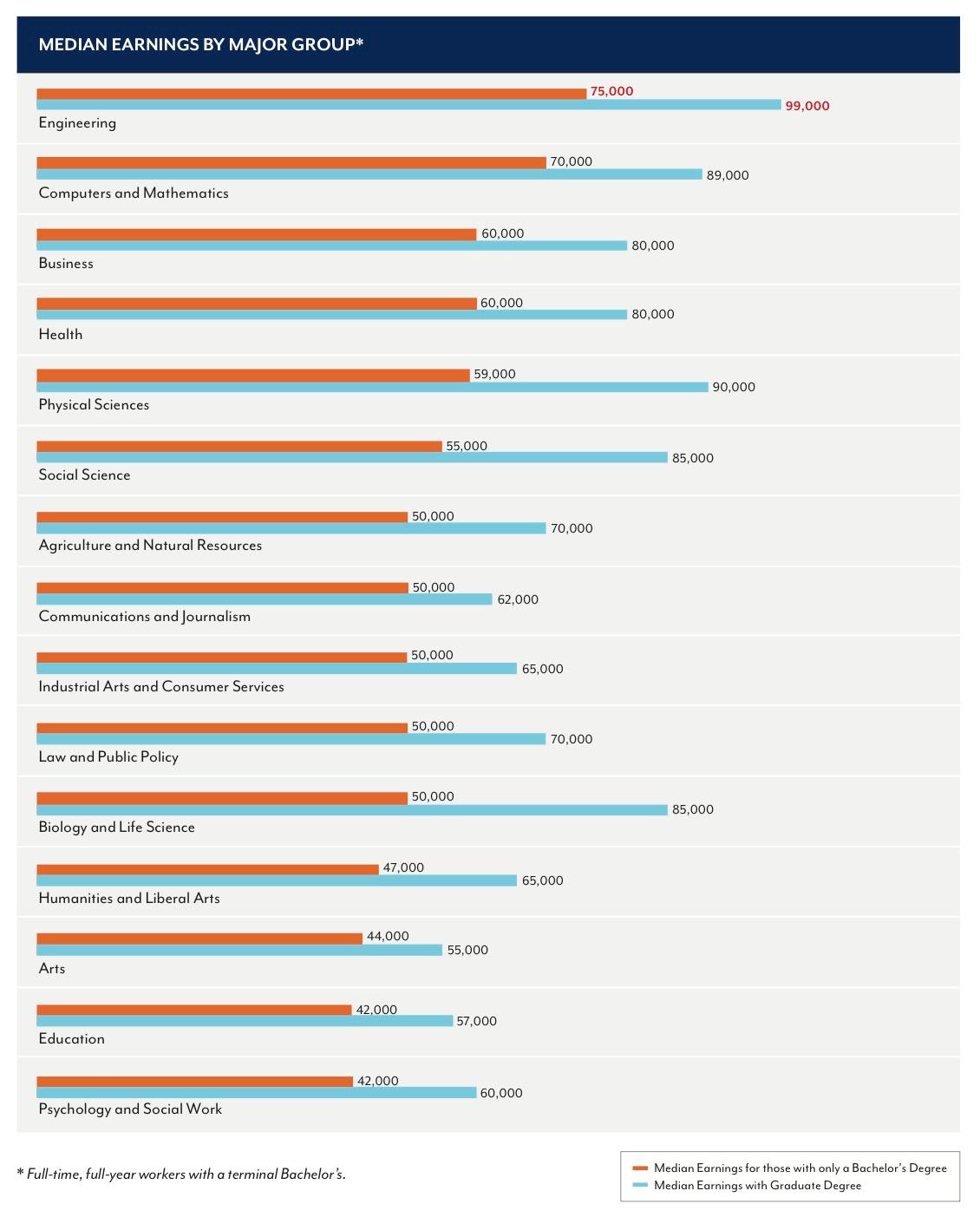 Social science is lower in general in the more general rankings, but when you break them up, you see the ascendance of economics as shown in the chart below. This doesn’t show income for graduate degrees as in the one above, but the report says that there is a 50% salary bump in the data suggesting a $105,000 median income which is even better than engineering. 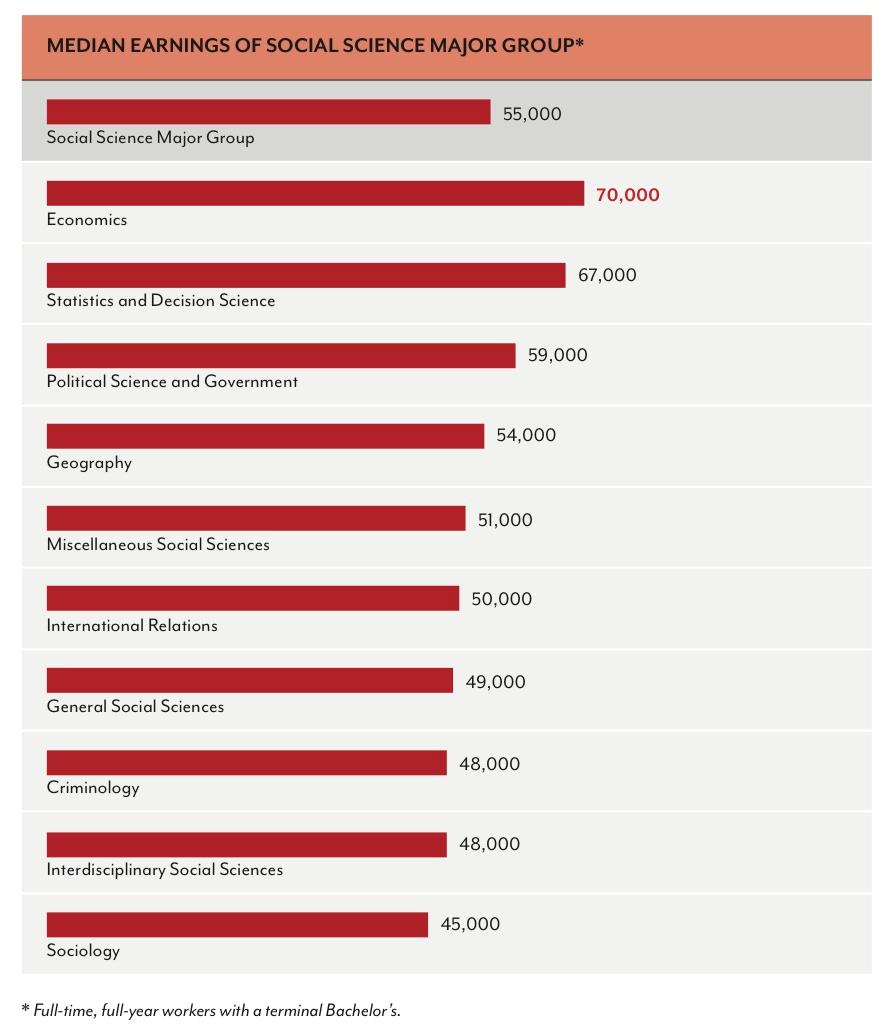 You might think that business would be even better (it is so applicable!), but you would be wrong. In fact the only business degree that is better is business economics. The rest are all worse than straight economics – probably because they don’t emphasize the rigorous quantitative and analytical training that economics does that the market has determined is so valuable. The good news is that the OSU Economics Department offers both straight economics and business economics, which we call “Managerial Economics” because the business college wouldn’t let us call it by its more common name. And you can get both of these degree options on line! 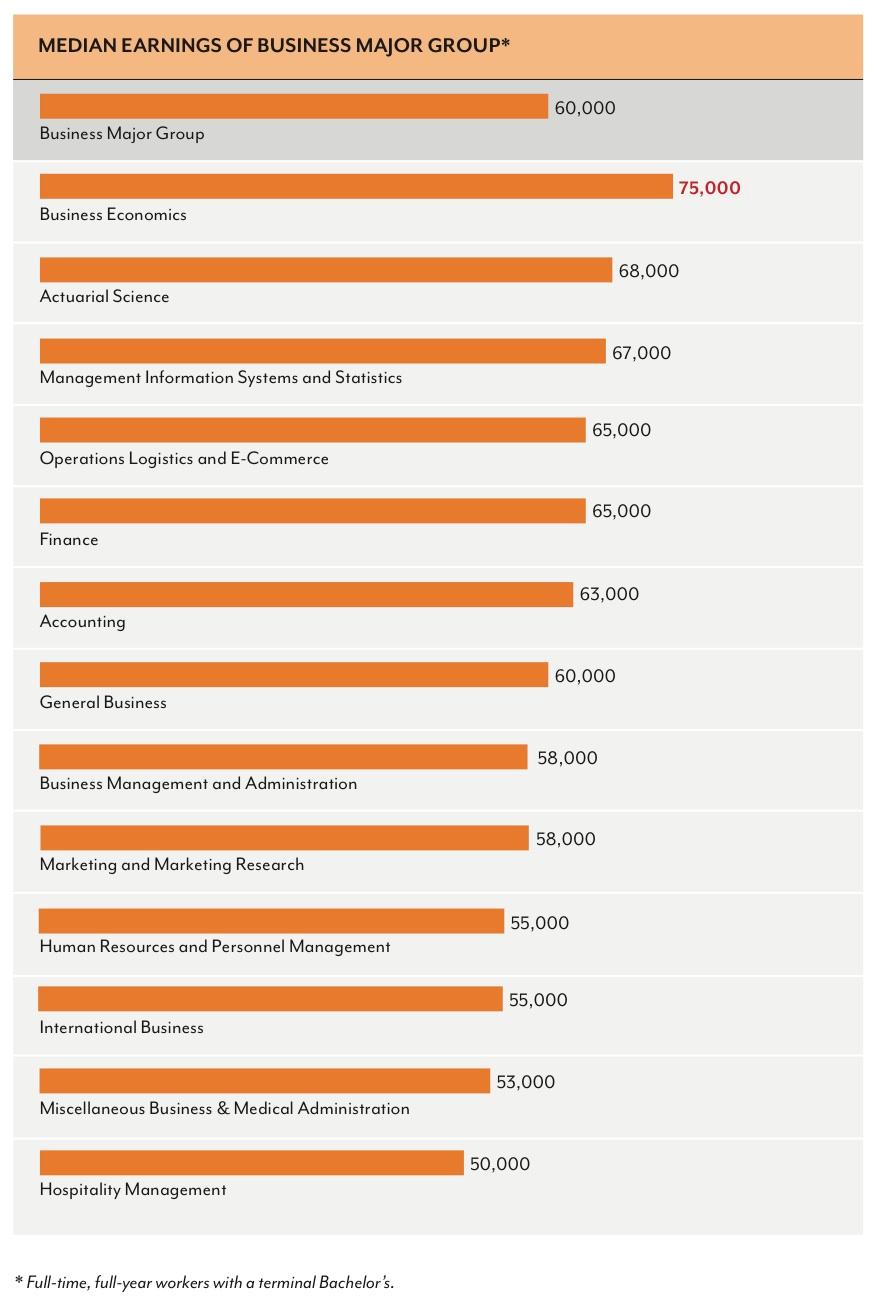 Having said all of this, I DO NOT suggest choosing a major based on market value, because a lot of what you are seeing is also a compensating wage differential. There are many people who are passionate about working in other areas that don’t pay as well and are better off for following their passion than their checkbook. Such folks are happy to make the trade off of a lower wage for a more personally fulfilling career.

Still if economics is your passion, it turns out to be a pretty good major choice both in terms of the likelihood of finding a job and of being paid well.