“The Alliance’s top priority is private sector job creation because it is the only way to build the type of community we want with healthy families and properly funded public services,” said Roger Hinshaw, chair of the Portland Business Alliance board of directors and market president for Bank of America in Oregon and Southwest Washington. “With this survey, we wanted to see if voters also viewed job creation as the top priority for our region and the response was a resounding yes.” 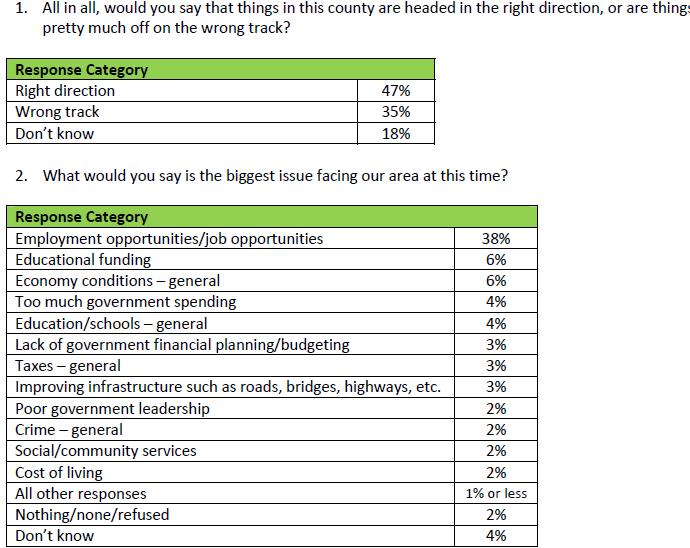 “A healthy business community is important for our customers’ success. That’s why we put such a strong emphasis on supporting education and economic development in the region,” said PGE President and CEO Jim Piro. “As Oregonians, we all want to retain those things that make Oregon unique. This survey makes it clear that we can only do that if we have a strong economy and good jobs. Those are top of mind issues with most Oregonians.”

The survey assessed voters’ opinions about the economic and job climate as well as voter priorities and goals for the region and their quality-of-life priorities. The poll also gauged whether voters understood where the region stood in terms of average income, finding more than half of the survey respondents were unaware the region’s average income sits below the national average. Additionally, 66 percent of respondents were not satisfied with a lower-than-average income and believe quality of life begins with a good-paying job.

The Alliance will be using the poll results as the basis for a JOBS Scorecard to help inform and guide elected leaders on policies that impact job creation. The Alliance will release the JOBS Scorecard shortly and will measure how our region’s elected leaders are doing in terms of job creation at the end of the year. The scorecard will be updated as decisions are made and votes are taken and will be updated regularly on the Alliance’s Jobs website: valueofjobs.com.

Read a copy of the poll and its findings >>