I have updated my economic forecast, and it looks a little better than it did a few months ago. I have upgraded the first three quarters of 2011. The later quarters have about the same growth rates as before–they were already fairly good growth rates back in my November 2010 forecast. 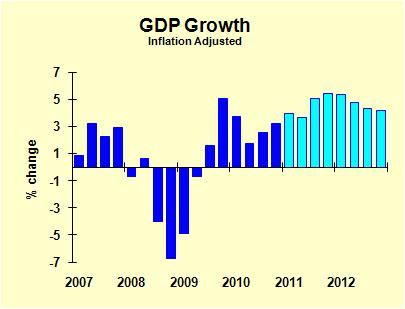 The reason for the forecast revision is that recent data show the processes I had anticipated occuring faster than I had previously thought they would.

The keys to my vision of the economic outlook are:

Sound rosy to you? Here’s another way of looking at it. I compare my forecast GDP with the Congressional Budget Office’s estimate of potential GDP.  Look at how long the gap persists. 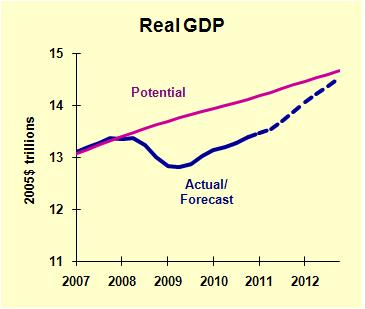 Because of that persistent underachievement, I don’t think inflation will rise significantly in the next few years. The rise of oil and food prices are changes in relative prices, which will not translate into permanent changes in the overall inflation rate. 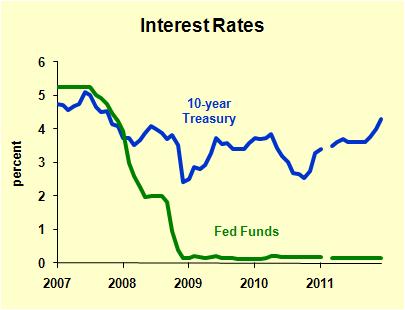 This is a broad-brushed summary. I produce more detailed forecasts that concentrate on specific industries as my clients require. Call me for fees and other information.