According to the Bureau of Labor Statistics (BLS), the labor market difficulties of blacks and Hispanics are related to a variety of factors, not all of which are measurable. These factors include lower average levels of schooling, the tendency to be employed in occupations with high levels of unemployment, a greater concentration in the central cities of urban areas where job opportunities may be limited, and the likelihood of experiencing discrimination in the workplace. These and other factors may make it especially difficult for some black and Hispanic workers to find or keep jobs during economic downturns.

Estimates derived from the BLS’s Current Population Survey are used to describe some of the labor force characteristics of the state’s major race and ethnic groups. In some cases, the large error ranges around these sample-based estimates makes it difficult to know for sure if differences actually exist between the employment statuses of the various groups. 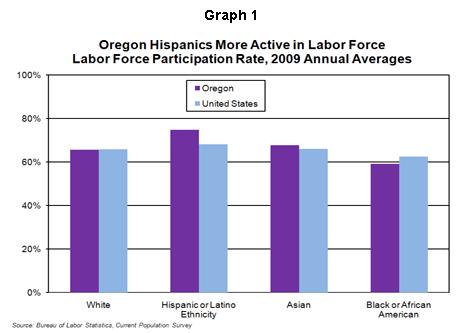 Unemployment Rates Increased Among All Groups

The unemployment rate is the share of the labor force that has no employment, is available for work (except for temporary illness), and made efforts to find employment sometime during the four weeks prior to being surveyed. However, people waiting to be recalled from a layoff do not need to be looking for work to be considered unemployed. 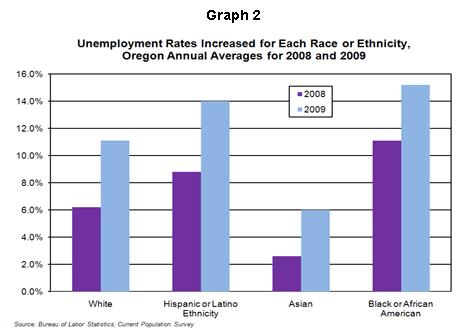