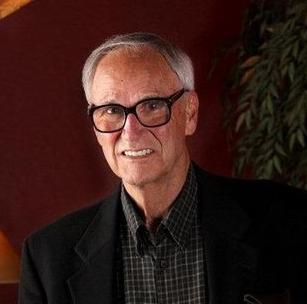 Dick Wendt, the founder of Jeld-Wen, passed away recently.   Back in 1996 I sat in Dick’s office turning down a job offer.  He wanted me to go to work full time on   public policy issues. He emphasized how much good could be done for people through public policy changes. I looked out the window of his office and across the street to Jeld-Wen’s large Klamath Falls plant, and remarked that a tremendous  amount of good was being done through providing people with quality doors and windows. I was trying to explain to a great capitalist the value of – – – capitalism!

Dick founded Jeld-Wen just a few years out of college, taking over the assets of a closed saw mill.  He spent 8 hours with his workers, and another 8 hours by himself doing set-up and maintenance so that his people would be as productive as possible.  The company grew to 20,000 employees and $2 billion in annual sales (accoridng to outside estimates). Dick appeared on the Forbes 400 list a few times, which embarrassed him greatly. On one of my visits to Klamath Falls, Dick drove me to lunch in an old Jeep Wagoner with a small dent in the front fender.

After building his company, Dick put a great deal of energy into public policy reforms that encouraged work and self-sufficiency. He sponsored Oregon’s landmark welfare reform program. The value of that reform was told to me by a woman who had been on welfare. When she heard that I was a consultant to Dick Wendt, she grabbed my arm and said, “Tell him that he saved my life!” I looked surprised, so she explained that on welfare she had sat around watching television, embarrassed to have her son see her doing nothing, but with no idea how to change her circumstances. On her first visit to the welfare office after reform, she was told that she would have to find work. Her future was to be self-sufficient, whether she wanted that or not.  However, she was also offered help: workforce readiness assessment, child care services, training, job interview practice, and so forth. She found work fairly quickly, was soon promoted, and came home proud to support her son and her self. None of that would have happened but for Dick Wendt’s commitment to helping people find work and self-sufficiency.

Although I declined his job offer, I became a consultant to Jeld-Wen and learned a great deal from Dick.  One lesson I’m about to share with an audience of industrial equipment manufacturers. An invoice for my consulting services had been lost at Jeld-Wen, while later invoices had been paid, so it took a bit of time with an adminsitrative assistant to sort out what I was owed. She told me that she would forward the paperwork to accounts payable and that I’d have a check in a week or so. By coincidence, I had a meeting with Dick the next morning.  As we walked into his office, he mentioned the late payment and said that he could have his treasurer cut a check that day if I needed it.  He mentioned that Christmas was in two weeks.  I told him that I could wait, but marveled that the CEO of a huge company was taking a personal interest in a late payment.  Later, another Jeld-Wen officer explained that Dick believed that prompt payment to vendors led to loyalty, and that the company benefited during times of tight supplies.  Dick would be a very hard bargainer on price, but always pay on time.

My hope for America is that there are a few young men and women just starting out who will combine  solid principles with a tremendous work ethic and duplicate the business success and philanthropic success of Dick Wendt.