In the latest issue of the Businomics(r) Newsletter, I displayed this chart, which shows that consumer spending has fully regained the pre-recession peak: 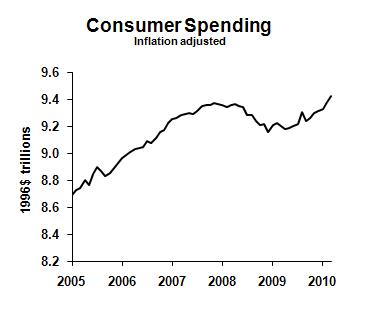 This has led several people to ask where the consumers have gotten the income to spend.  After all, employment is still well beneath its previous peak.  So let’s go through the process, using data available from the U.S. Bureau of Economic Analysis.  (I’m going to be using data not adjusted for inflation, but the inflation adjustment is relatively small these days.) 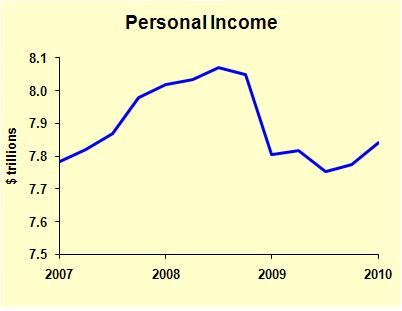 It has not regained its prior peak, but it’s not as weak as employment, thanks to the non-labor income component of personal income: 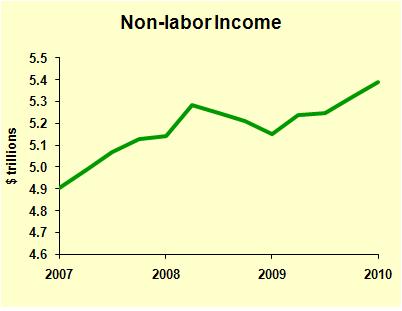 The big gainer within this category is transfer payments, primarily social security and unemployment insurance.

Taxes have dropped in the recession. 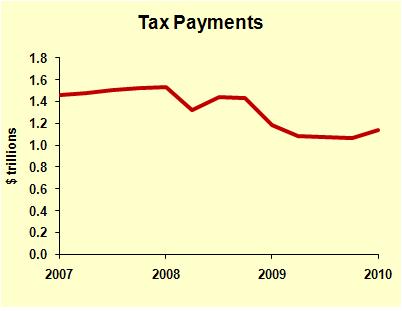 As a result, disposable income (income minus tax payments) has indeed risen: 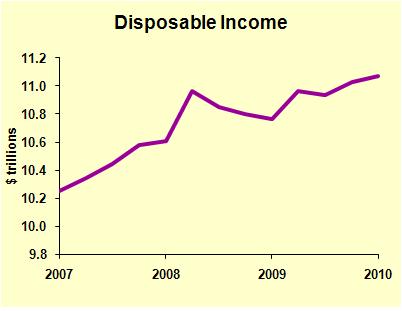 It’s not a huge gain, but neither is the increase in consumer spending I was trying to explain.