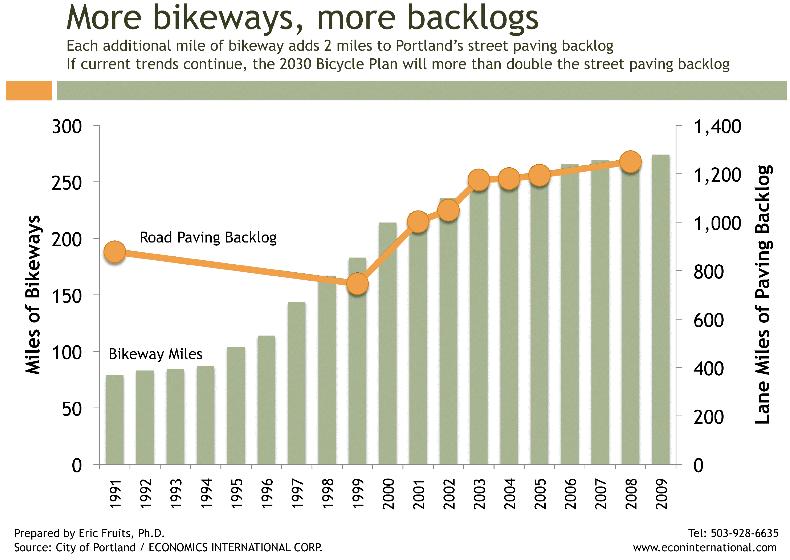 At the heart of the proposal is nearly 700 miles of new bikeways that would make up a “safer and more comfortable” two-wheeled urban network for new cyclists.

The figure above shows that as Portland had added to its bikeways, the motoring majority has suffered a deterioration of the the City’s roads.

However, Portland is notorious for its road paving backlog. Many streets of the City are entirely unpaved and some streets have potholes so big they could damage a Hummer and almost swallow an Aveo. The City’s current road paving backlog could pave a two-lane road from Portland to San Francisco, California (yes, really).