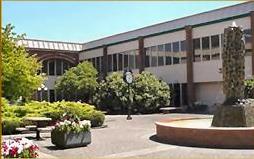 We have decided not to sell our family property to the City of Beaverton for the purpose of building a stadium for Merritt Paulson.  Sale of the property would displace hundreds of employees in dozens in businesses.  Mayor Doyle and city staff approached our family to see if we were willing sellers.  Despite the fact that the property was not for sale, we agreed upon a process with the City of Beaverton to entertain an offer based on the premise that this was from an outside, disinterested investor.

The City of Beaverton hired Integra Realty Resources to appraise our family property.  We strongly dispute the appraisal for several important reasons.  To our surprise, the appraisal value was far less than Real Market Value stated on our property tax statements.  In addition, the appraisal did not use the Westgate Theater acquisition by the City of Beaverton or the Goodwill Industry project as comparables for this appraisal.  Both properties are immediately adjacent to our personal family property.

Of the five properties that were used for comparables, the closest was in Raleigh Hills in unincorporated Washington County.  There have been other real estate transactions in high density areas that would have more applicable to this exercise.  Finally, the appraisal did not reflect the value of having Regional Center High Density zoning, the value of public infrastructure improvements already scheduled to be built, the displacement costs to our tenants, or the loss of our family’s future opportunity to redevelop our property according to our vision for downtown Beaverton.

After going through the process requested by the city, listening to the offer, and in clear dispute with the city’s appraisal, we conclude where we began: the property is not for sale.

Because the stadium project could easily exceed $100 million by completion, including traffic changes, parking, and land costs, the Biggi family believes the city should immediately implement a process more inclusive of all stakeholders.  We believe a task force should be formed to find the most appropriate site for the stadium with the least impact to existing businesses, traffic and neighborhoods, and at the lowest cost to Beaverton citizens.

Because whatever potential redevelopment in downtown Beaverton that might result from this facility is highly speculative and fraught with risk, this task force should include local citizens, Beaverton property owners, Beaverton business owners, local developers, local bankers, local real estate experts as well as city staff.  In addition, the project build-out should not be handed over to Merritt Paulson, but rather the city should pursue an open bidding process to ensure the lowest cost to Beaverton taxpayers who will ultimately pay for the stadium through their property taxes.

Finally, and most important, a project of this size, scope and cost should be taken to a vote of the citizens of Beaverton prior to any further action or expenditures by the Mayor, City Council, and city staff.
We want to stress that the Biggi family is not against the Portland Beavers relocating to Beaverton.  We would welcome them as we would any business that wishes to operate in this community.