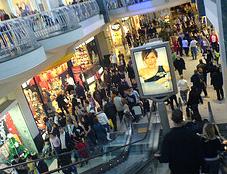 Most retail cfos say too much inventory still biggest risk to holiday sales results,  while layoffs take a back seat as retailers focus on inventory management for the remainder of 2009
By BDO Seidman LLP,

According to a recent study by BDO Seidman, LLP, one of the nation’s leading accounting and consulting organizations, 60 percent of chief financial officers (CFOs) at leading U.S. retailers say that too much inventory will pose a greater risk to holiday sales results than insufficient inventory levels. Still, a large minority (40%) cite insufficient inventory as the bigger concern, implying that retailers are struggling to find the right product balance for the season. While inventory levels will likely be low for the remainder of 2009, retailers are planning to increase their inventory purchases by the second quarter of 2010 or earlier – 62% percent of the CFOs say they will ramp up buying in the fourth quarter of 2009 through the first half of 2010.

“Retailers are still caught between a rock and a hard place,” said Ted Vaughan, a partner in the Retail and Consumer Products Practice at BDO Seidman LLP.  “Reducing inventory is necessary, but retailers run the risk of hindering selection, which can lead to disappointed customers and fewer sales. On the other hand, merchandise overflow can lead to a frenzy of deep discounts, which can cheapen the brand and slash profits. Ultimately, until consumer spending and confidence picks up, most retailers will continue to cut costs wherever possible, with an eye towards increasing inventory for the Spring and Summer seasons.”

These findings are from the most recent edition of the BDO Seidman Retail Compass Survey of CFOs which examined the opinions of 100 chief financial officers at leading retailers located throughout the country.  The retailers in the study were among the largest in the country, with revenues ranging from $100 million to $100 billion, including 10 percent of the top 100 based on annual sales revenue. The survey was conducted in August and September of 2009.

Some of the major findings of BDO Seidman Retail Compass Survey of CFOs:

Consumer Confidence Linchpin of Recovery. More than half (51%) of CFOs say that a rebound in the economy will depend on an uptick in consumer confidence. Other responses include lower unemployment levels (29%), a rebound in the housing market (13%), a rebound in the financial markets (6%) and lower fuel costs (1%). When asked what will have the greatest impact on consumer confidence for the rest of 2009, most of the CFOs cite unemployment (64%), followed by the weak housing market (20%), personal credit availability (11%), the 2009 Stimulus Act (4%) and high fuel costs (1%).
Layoffs Most Effective Cost-Cutting Strategy so Far in 2009. In addition to inventory management, retailers have implemented several cost-cutting strategies throughout 2009. When asked which cost-cutting strategy has been the most effective so far, CFOs cite layoffs the most (38%), followed by inventory reduction (30%), delayed expansion (23%), lease re-negotiation (7%) and store closings (2%).

The BDO Seidman Retail Compass Survey of CFOs  is a national telephone survey conducted by Market Measurement, Inc., an independent market research consulting firm, whose executive interviewers spoke directly to chief financial officers, using a telephone survey conducted within a scientifically-developed, pure random sample of the nation’s largest retailers (with revenues ranging from over $100 million to billions of dollars).

BDO Seidman, LLP has been a valued business advisor to retail and consumer products companies for almost 100 years.  The firm works with a wide variety of retail clients, ranging from multinational Fortune 500 corporations to more entrepreneurial businesses, on a myriad of accounting, tax and other financial issues.

BDO Seidman serves clients through 37 offices and more than 400 independent alliance firm locations nationwide. As a Member Firm of BDO International, BDO Seidman, LLP serves multi-national clients by leveraging a global network of 1,095 offices in 110 countries.  BDO International is a worldwide network of public accounting firms, called BDO Member Firms. Each BDO Member Firm is an independent legal entity in its own country.