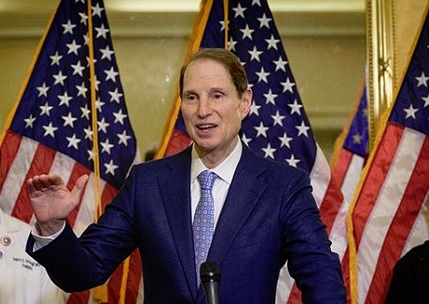 Forged court orders, usually involving copy-and-pasted signatures of judges, have been used to authorize illegal wiretaps and fraudulently take down legitimate reviews and websites by those seeking to conceal negative information and past crimes.

The Digital Authenticity for Court Orders Act would solve this problem by requiring federal, state and tribal courts to use a digital signature for orders authorizing surveillance, domain seizures and the removal of online content. Digital signatures, which use encryption technology to prove the authenticity of documents and other data, are widely used by the private sector, executive and legislative branches. The bill provides funding for state and tribal courts to adopt widely available digital signature technology that meets standards developed by the National Institute of Standards and Technology.

“There are a lot of hard problems when it comes to tech policy – this isn’t one of them,” Wyden said. “Our bill will shut down the scam artists and fraudsters that have abused the insecure court order system, by using time-tested technology that is widely deployed elsewhere in the government. This bipartisan legislation will improve confidence in the legal system and ensure only legitimate court orders are executed.”

“The rise in counterfeit court orders by criminals is concerning and must be brought to an end,” said Senator Tillis. “I am proud to co-introduce this bipartisan legislation to require digital signatures by courts to help combat these fraudulent activities, and I will work to build support to pass this commonsense legislation soon.”

“A growing number of criminals are forging court documents to scam tech and telecom companies into carrying out their dirty work. We can help stop this behavior by adopting effective, secure digital signature technology to make sure court documents are authentic,” said Whitehouse. “I’m happy to join Senator Wyden in introducing this commonsense solution to an emerging problem.”

The bill is endorsed by an array of experts and organizations, including: Public Citizen, Free Law Project, Yelp and Professor Eugene Volokh.

Praise for the Digital Authenticity for Court Orders Act

Eugene Volokh, Gary T. Schwartz Distinguished Professor of Law, UCLA School of Law: “Just as the Internet needs more security, our judicial system does, too. This bill would help stem the flood of forged court orders that unscrupulous actors have used to try to manipulate Internet service providers and search engines.”

Luther Lowe, Senior Vice President, Public Policy, Yelp: “Yelp has seen firsthand the impact of fraudulent court orders, which have been used in attempts to remove legitimate consumer speech from our platform. Forged orders undermine public faith in the legal system and impose costs on platforms and their users in determining their provenance and responding to them through the legal system.”

Michael Lissner, Executive Director and CTO, Free Law Project: “With more and more fake court orders being sent to telecommunications and technology companies, it’s no longer possible to deny that fake court orders are a real problem affecting Americans. Digital signatures are the solution to this problem, and this bill provides all the right pieces to bring them into daily usage by courts.”

Daphne Keller, Director of the Program on Platform Regulation at Stanford’s Cyber Policy Center: “Forged court orders are a serious problem, and are far too easily used to suppress lawful online speech. This bill will help bring American courts into the Internet age, reaffirming their role as adjudicators of online speech disputes in a democratic society.”