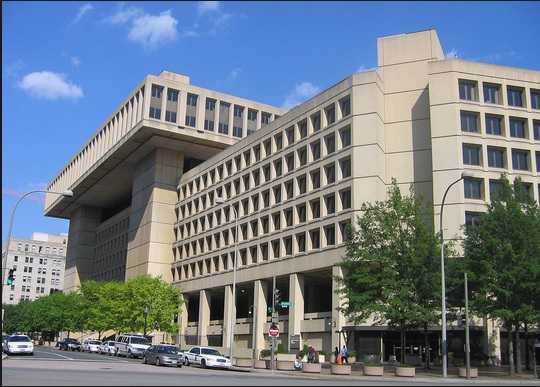 The Chairs of four House Committees and Subcommittees issued the following statement in response to the announcement [2] by the Department of Justice (DOJ) Inspector General (IG) that it has opened a new investigation into the Trump Administration’s abrupt decision to abandon the long-planned project to move the headquarters of the Federal Bureau of Investigation (FBI) from its current site in Washington, D.C. to a suburban location and instead pursue a more costly plan to keep the current location, demolish the existing J. Edgar Hoover (JEH) building, and construct a new facility on the same site:

“For months, our Committees have investigated the Administration’s sudden change of heart on a federal property across the street from the President’s namesake hotel, but because the FBI has withheld key decision-making documents from Congress, we have been left with many unanswered questions.  We welcome the IG’s independent examination, which will supplement our ongoing effort to get to the truth.”

The Chairs sent the DOJ Inspector General a letter [3] on May 17, 2019, requesting a detailed examination of the decision-making behind the abrupt cancellation and the plans for a new FBI headquarters.

Before becoming President, Trump expressed interest [4] in the FBI headquarters moving out of Washington, D.C. so he could acquire the land and redevelop the property.  After being sworn in as President—and becoming ineligible as a federal employee to obtain the property—he reportedly became “dead opposed” [5] to the government selling the property, which would have allowed commercial developers to compete with the Trump Hotel across the street.

In August 2018, the Inspector General for the General Services Administration (GSA) issued a report [6] finding that Deputy Attorney General Rod Rosenstein and FBI Director Christopher Wray participated in discussions relating to the headquarters project in December 2017 and January 2018, including at least one meeting with President Donald Trump.

Despite the revelation of President Trump’s involvement, GSA and FBI officials have maintained that the decision to remain in Washington, D.C. was made by the FBI alone:

According to the GSA Inspector General, Director Wray reportedly stated that “if the cost savings between a suburban campus site and the existing site were similar,” his “preference was to remain at the JEH building,” but “[i]f the campus scenario offered significant savings,” he was “not opposed to a suburban campus site.”

The GSA Inspector General’s projections, however, suggest the new proposal to rebuild the existing Pennsylvania Avenue facility could cost hundreds of millions of dollars more than the long-term relocation plan, and it would accommodate 2,306 fewer employees.

Click here [2] to read the letter from the DOJ IG