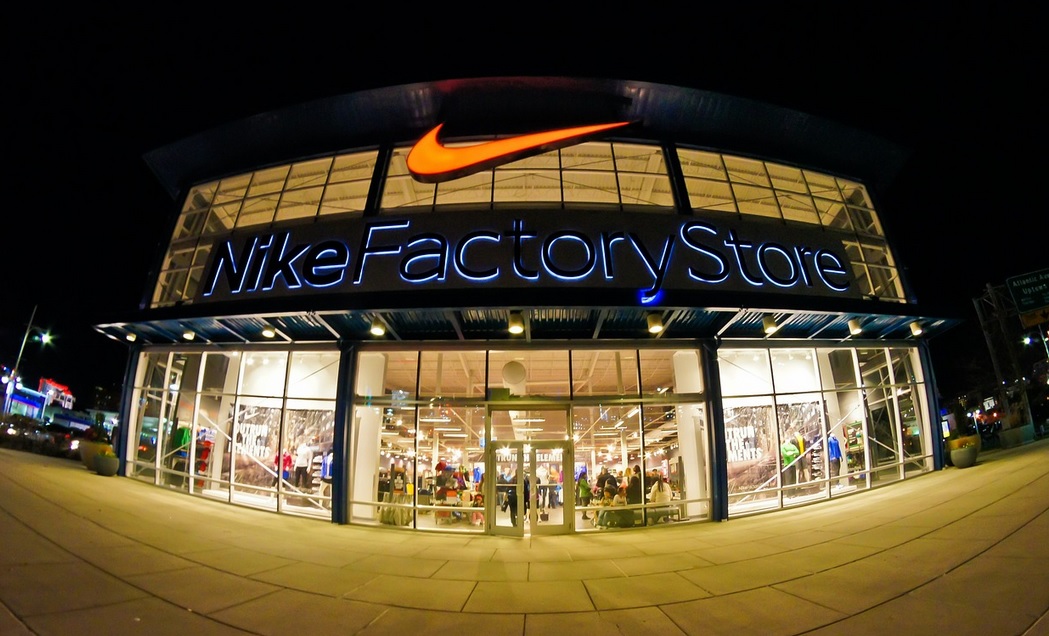 An academic hit job [2] by researchers from Denmark and the University of California at Berkeley suggest that companies such as Nike (Facebook, Apple, Google also cited) are taking advantage of so-called “tax havens” to cause billions of dollars of income go “missing.”

Their conclusions have made national headlines [3] and should be viewed skeptically. 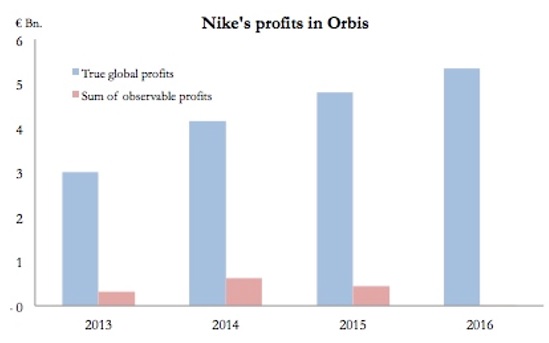 The graph above shows the difference Nike’s global consolidated profits, and the sum of the profits made by the company’s subsidiaries, as recorded in Orbis and reported by the researchers.

The author’s call the difference a “discrepancy” and suggest that Nike is using tax havens to avoid paying corporate taxes in the companies in which it is doing business.

Orbis is a dataset used by the researchers and is compiled by Bureau van Dijk Electronic Publishing, a Moody Analytics Company. The dataset contains administrative data on 130 million companies spanning more than 100 countries since 2005. Orbis reports both (1) consolidated profits across all countries, and (2) profits earned by some of the companies’ subsidiaries. The authors characterize the difference between the two measures as “missing” profits.

Orbis relies on administrative information in public business registries to record how much profits multinationals make in their various subsidiaries.

Because of holes in how the data is compiled, it cannot be concluded that companies such as Nike are engaging in tax evasion or even borderline shady tax avoidance. For example, U.S. and Oregon taxes paid by Nike are not required to be made publicly available, and are not provided in the Orbis database. Thus, it cannot be concluded that Nike pays zero taxes to the U.S. or the State of Oregon. The researchers from Denmark and California are acting a bit too clever in hinting that the discrepancies in reporting requirements point to “missing” taxable income.

Nevertheless, Nike’s taxes attracted attention last year [5] after the company surfaced in the Paradise Papers, a trove of leaked documents from a law firm that specializes in setting up offshore entities.

The International Consortium of Investigative Journalists found that Nike has steadily eroded its tax burden over the past decade by setting up offshore entities with more favorable tax regimes, as shown in the figure below. 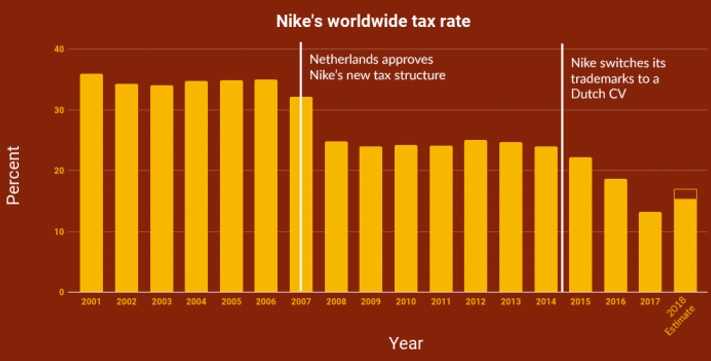 There is nothing illegal is taking advantage of the differences in tax policies. In fact, many states and cities in the U.S. go to great lengths to attract business with promises of a favorable tax environment. In response to the recent research, Nike issued a statement [7] through a spokesman: “We fully comply with tax regulations and we rigorously ensure our tax filings are fully aligned with the economic substance of how we run our business, the investments we make and the jobs we create.”