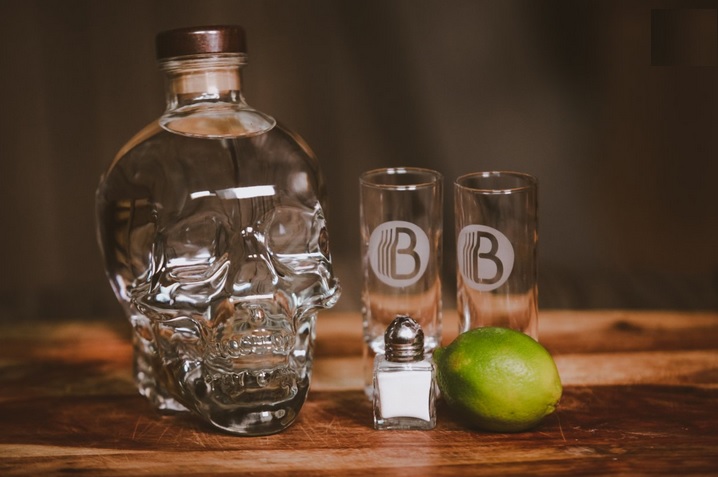 Almost everything about Dan Aykroyd’s Crystal Head vodka is unique: according to the company’s website, distilled corn and peaches are mixed with “pristine water from Newfoundland,” then the liquor is filtered through semi-precious crystals known as “Herkimer diamonds.” The unique brand story is matched by the vodka’s packaging, a memorable clear glass skull that stands out visually and on store shelves.

With this much effort put behind the packaging and brand, it’s understandable that Globefill Inc. executives (the company behind the Crystal Head brand) were concerned enough several years ago to file a lawsuit against another company producing a spirit in a similar skull-shaped bottle. Globefill was eventually successful in the case, winning an important trade dress case against their competitor. And while a single win in court isn’t always indicative of a larger trend, food and beverage companies would be wise to learn an important lesson of the Crystal Head vodka case: the importance of protecting intellectual property rights known as “trade dress.”

In the intellectual property world, distinctive packaging that consumers recognize as a brand is legally known as trade dress, and is an increasingly vital aspect of intellectual property protection for all food and beverage brands. In the Crystal Head case, Globefill registered the design of its unique vodka bottle, which was described as “a configuration of a bottle in the shape of a skull.” The bottle consisted of clear glass, sold with Crystal Head clear vodka inside. Elements Spirits Inc.—a competitor of the Crystal Head brand—introduced and sold a KAH brand of tequila, also in a skull-shaped container. At trial, Globefill’s attorney revealed that Elements’ founder, Kimi Brandi, asked a third-party to make a plaster cast of a Crystal Head vodka bottle, and this cast was used as the basis for the design of the KAH tequila bottle.

This case highlights an important shift in consumer behavior: increasingly, it is the packaging itself that consumers recognize as a brand. The Coca-Cola Company’s iconic Coke bottle is one of the earliest and longest-standing examples of food or beverage trade dress. In 1916, Coca-Cola started using its distinctive bottle design, and it registered the design as trade dress in the United States in 1960. Because trade dress is a form of trademark (meaning that consumers recognize it as a unique brand that is only derived from one particular source), trade dress registrations can live indefinitely. Coca-Cola’s bottle registration is still active and will be due for renewal in 2020. The classic Campbell’s soup label has been in use since 1898, and registered since 1906. It was most recently renewed in 2015.

As the food and beverage business has grown, and with new, unique products being introduced at an increasing pace, food and beverage companies would be wise to either start investing in creating and promoting distinctive packaging, or take steps to formally register existing packaging designs as trade dress. In a competitive industry, such as the food and beverage industry, consumers have difficulty distinguishing between products when they share similar appearances on store shelves. It’s important that consumers be able to quickly identify food and beverage products they enjoy, simply by viewing their appearance from a distance. Likewise, it’s important that brands take action when they learn that a competitor is imitating their distinctive packaging design in order to prevent their loyal customers from experiencing confusion in the marketplace.

The good news is that the trade dress registration process is relatively easy to initiate, though the path to registration can range from quick and easy to long and challenging. The variables include the form of trade dress involved (is it the product itself, or its packaging, or simply a color associated with a product or service?), the level of distinctiveness inherent to the design, and the length of time the trade dress has been in use. In some circumstances, use for over five years can be accepted as proof that the trade dress has acquired distinctiveness, and these are typically the most straightforward trade dress applications to register in the United States. For companies doing business in foreign countries, where trade dress protection is also important, the process, difficulty, and costs vary based on each country’s particular laws concerning trade dress rights.

Before filing, it is important to have an attorney with trade dress clearance and registration experience conduct a clearance search to make sure your proposed application does not conflict with any earlier filings. As you contemplate the up-front costs involved with conducting clearance searches and registering your trade dress, keep in mind that acting proactively to clear and register your intellectual property rights is generally less expensive than the costs of playing catch-up after you receive a cease-and-desist letter or, alternatively, after your rights have been infringed by a third-party. In addition, intellectual property portfolios are frequently scrutinized during merger and acquisition deals. If you plan to sell your business, the value of your enterprise could be substantially changed by the presence or absence of proactive trade dress registrations.

Need further incentives to invest in trade dress? Intangible assets are currently estimated to account for 84 percent of an entity’s market value. When Kraft Foods was acquired in 2015 by Kraft Heinz Co., the acquisition price was reportedly $55 billion, with brand value accounting for a whopping $41.3 billion of that value.

By proactively adopting, promoting, registering, and enforcing unique trade dress, food and beverage brands can build and protect consumer loyalty, and increase the value of their intangible assets.