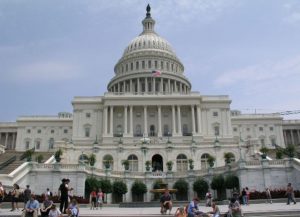 The National Retail Federation welcomed today’s introduction of legislation that would reverse an Obama era expansion of “joint employer” standards that has increased businesses’ exposure to lawsuits and unionization efforts.

“Retailers are relieved that lawmakers are stepping in to clear up the confusion created when bureaucrats muddied the water on what constitutes a joint employer relationship,” NRF Senior Vice President for Government Relations David French said. “One business should not be held responsible for the actions of another, and this measure will clarify that once and for all. Congress needs to pass this bill to put a stop to the growth-chilling litigation caused by the previous administration’s reckless actions.”

The Save Local Business Act was introduced today by House Education and Workforce Committee Chairwoman Virginia Foxx, R-N.C.; Workforce Protections Subcommittee Chairman Bradley Byrne, R-Ala.; Health, Employment, Labor and Pensions Subcommittee Chairman Tim Walberg, R-Mich., Representative Henry Cuellar, D-Texas and Representative Lou Correa, D-Calif. Under the legislation, a company would be considered a joint employer of a worker only if it “directly, actually and immediately” exercised significant control over the primary elements of employment, such as hiring, firing, determining pay or supervising employees on a routine basis.

The Labor Department dropped its expanded standards in June following the election of President Trump but the NLRB standards remain in place.