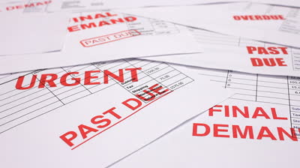 The Oregon Senate passed House Bill 2356, clearing the way for this landmark consumer legislation to go to the Governor for her signature. Unfair debt collection practices have scored near the top of the Oregon Attorney General’s list of frequent consumer complaints for decades. Yet, until now debt buyers, or those who buy debt for “pennies on the dollar” from the actual creditors, have gotten away with suing alleged debtors without providing basic information or even ensuring the debt is owed to the individual being sued. Consumers get confused when they do not recognize the debt and fail to defend themselves in court, even if a debt collector sues the wrong person. Suing the wrong person or for the wrong amount can impact consumers – wages can be garnished, credit scores can be significantly damaged, and it can take years to set records straight. The bill has already passed out of the Oregon House.

“Many Oregonians legitimately do owe debt, but if their debt is sold to a debt buyer, who then sues to collect the debt, the consumer should be able to easily identify the source of the original debt,” said Oregon Attorney General Rosenblum. “This new law is about transparency, fairness and justice for all in the consumer marketplace.”

HB 2356 would ensure that lawsuits filed against Oregonians by debt buyers (or debt collectors on behalf of debt buyers) are accurate and include this information:

Under the bill, consumers may also ask the debt collector for documents to prove that they owe the debt. The debt collector then must stop collection until they produce the documents within 30 days. This bill would also make it a violation to file a lawsuit knowing that the debt is past the statute of limitations.