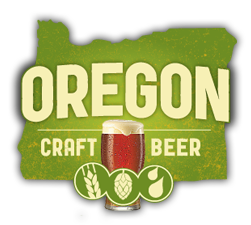 Oregon Craft Beer by the Numbers

PORTLAND, Oregon — The Oregon Brewers Guild [3] released their annual numbers report for 2016. Overall, Oregon is seeing strong growth in employment and brewing company numbers, while production numbers and sales continue to hold strong and steady. Oregonians are drinking more Oregon beer. Beer consumption increased in 2016, with 23.3 percent of the 3.04 million barrels of all beer (both bottled and draft) consumed in the state were made in Oregon. 707,000 barrels of beer consumed by Oregonians in 2016 were made by an Oregon brewery, an 8.7 percent increase from 2015.r

Oregon draft beer consumption stole an even larger market share, with Oregon breweries producing an estimated 64.9 percent of all draft beer consumed in the state. Barrel production in the state increased by 4.8 percent in 2016, coming in at a grand total of 1,782,000 barrels. More beer meant more people, with approximately 369,000 people visiting an Oregon brewery, pub, or tasting room on a weekly basis, or approximately 19,000,000 total visitors in 2016.

The Oregon brewing industry continues to support job growth in the state, employing roughly 31,000 Oregonians directly and indirectly, and contributing $4.49 billion to the state’s economy. Oregon’s brewing establishments employed 9,453 people in 2016 according to Damon Runberg, Economist with the Oregon Employment Department. Runberg says:

“The job growth rate of 8.3 percent over the past the year is really impressive given that statewide total nonfarm growth during the same period was only 2.5 percent. The craft beer industry added around 1,340 jobs over the past two years, a growth of nearly 22 percent, which compares to a growth of 6.3 percent for total nonfarm growth during the same period. The count of jobs is an underestimate of the total employment impact, as newer brewing establishments and small owner-operated breweries are not included in the total count. The 2016 numbers are provided by the Oregon Employment Department using payroll tax records.”

Hops also contribute largely to the Oregon economy. As the second largest hop growing state in the country, Oregon had a 2016 crop value of $34,564,000. Oregon’s 230 breweries continue to support their local economies and communities donating an estimated $3,000,000 to non-profits in 2016.

“Oregon is a consistent leader in the U.S. for craft beer whether it’s the number of breweries per capita, the percentage of dollars spent on craft beer, or the economic impact per capita by Oregon’s breweries,” says Brian Butenschoen, executive director of the Oregon Brewers Guild. “We continue to see an increase in the amount of manufacturing and service jobs added in the state and we saw Oregon breweries increase their export sales by 25.6 percent (650,000 case equivalents) in 2016. Oregon’s craft brewers sold a total of 1.075 million barrels in the U.S. and around the world last year, including barrels shipped to five Canadian provinces and 37 different countries.”