Verizon does the best among Portland’s cellular carriers, says a new report from RootMetrics, a cellular data-gathering agency. The city has been tested three times over the past twelve months, and a few helpful facts have emerged. 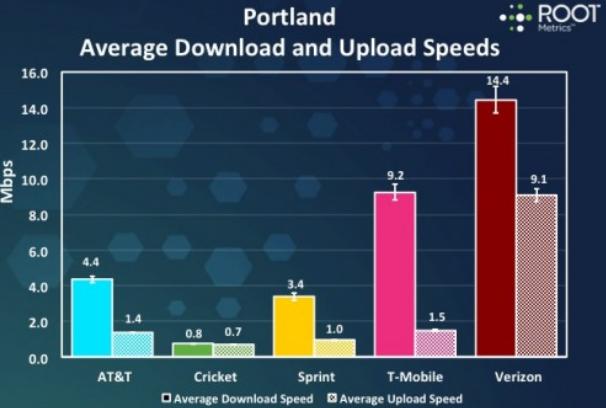 Verizon dropped the fewest calls and sent text messages fastest, however, and so got the overall high score of 97 and five stars.