The 2012 Clean & Safe Downtown Development/Redevelopment report shows a considerable uptick in the real estate and development market within Portland’s central city. The annual report focuses on development and redevelopment projects that are recently completed, under construction, planned or completed in the last five years.

“Portland’s central city continues to be a strong market, with 23 projects currently under construction, including several market-rate residential projects, and a significant amount of private investment,” said Dave Williams, chair of the Clean & Safe board and vice president of utility services at NW Natural. “We issue this annual report with the goals of demonstrating the vibrancy of our central city and providing a resource for all of those interested in the development dynamics within the central city.”

This year’s report notes that because of a city and regional focus on job creation by public and private-sector leaders, especially in the growing sectors of clean tech, activewear, software, research and advanced manufacturing, the central city is experiencing a strong real estate marketplace with increased private development investment over the past year. Additionally, Portland continues to have a legacy of aggressive growth management strategies and robust investments in alternative transportation. 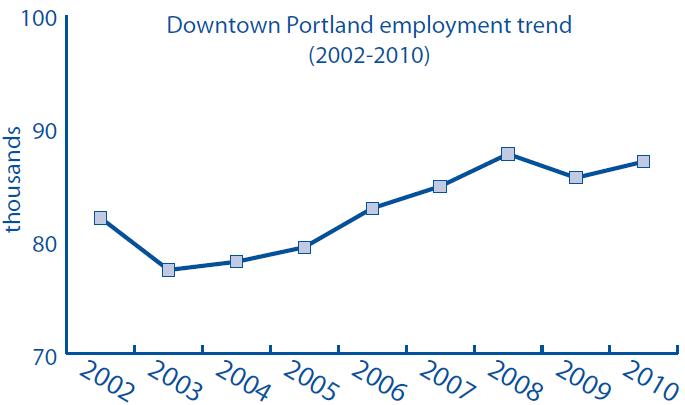 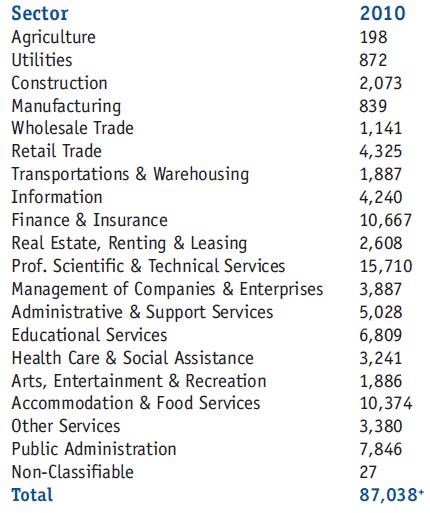 The report, which can be found online here, analyzed four sectors of development: office, retail, housing and hotel. Below are the highlights from each sector:

Office
The office market is moving in a positive direction with continued absorption of available space. Citywide Class A vacancies hover just below 13 percent but downtown Class A vacancies are a much healthier 6.5 percent.

Retail
Downtown Portland is poised for continued long-term growth with strong central city employment, upscale residential housing, a growing tourism base and retail sales that have increased during the last year. Significant recent initiatives include the Target store development in the historic Galleria building; the arrival of H&M, Sephora and new Nike stores; and the planned relocation and expansion of key tenants.

Housing
Portland has the second-tightest major rental market in the country with a 3.4 percent vacancy rate. Further fueling growth is the steady enrollment increase at Portland State University coupled with other post-secondary education facilities in the central city to create strong demand for student housing.

Hotel
Portland-area tourism continues to grow, with travel spending at $3.85 billion, a 3.5 percent increase over 2010. Room demand is growing at a 4.6 percent rate and hotel revenues are up by 10.7 percent, one-third higher than the national statistics. The development cycle is focused largely on planning and design, with a possible new property in the Pearl District and in South Waterfront, and a renewed focus on the development of a convention center hotel.