New study: A right-to-work law in Oregon would give a big boost to employment and incomes
By Dr. Eric Fruits, Oregon economist
EconInternational

In Oregon, employers can have an agreement with unions that make union membership—and the payment of union dues—an employment requirement. Refusal to stay in the union or to pay dues can result in termination.

Right-to-work laws provide job seekers the right to work for an employer whether or not they choose to join the union. Twenty-three states have right-to-work laws, with Indiana enacting its legislation yesterday. Research has found that as a group, right-to-work states have enjoyed more rapid employment growth, better job preservation, and faster recoveries from recession. 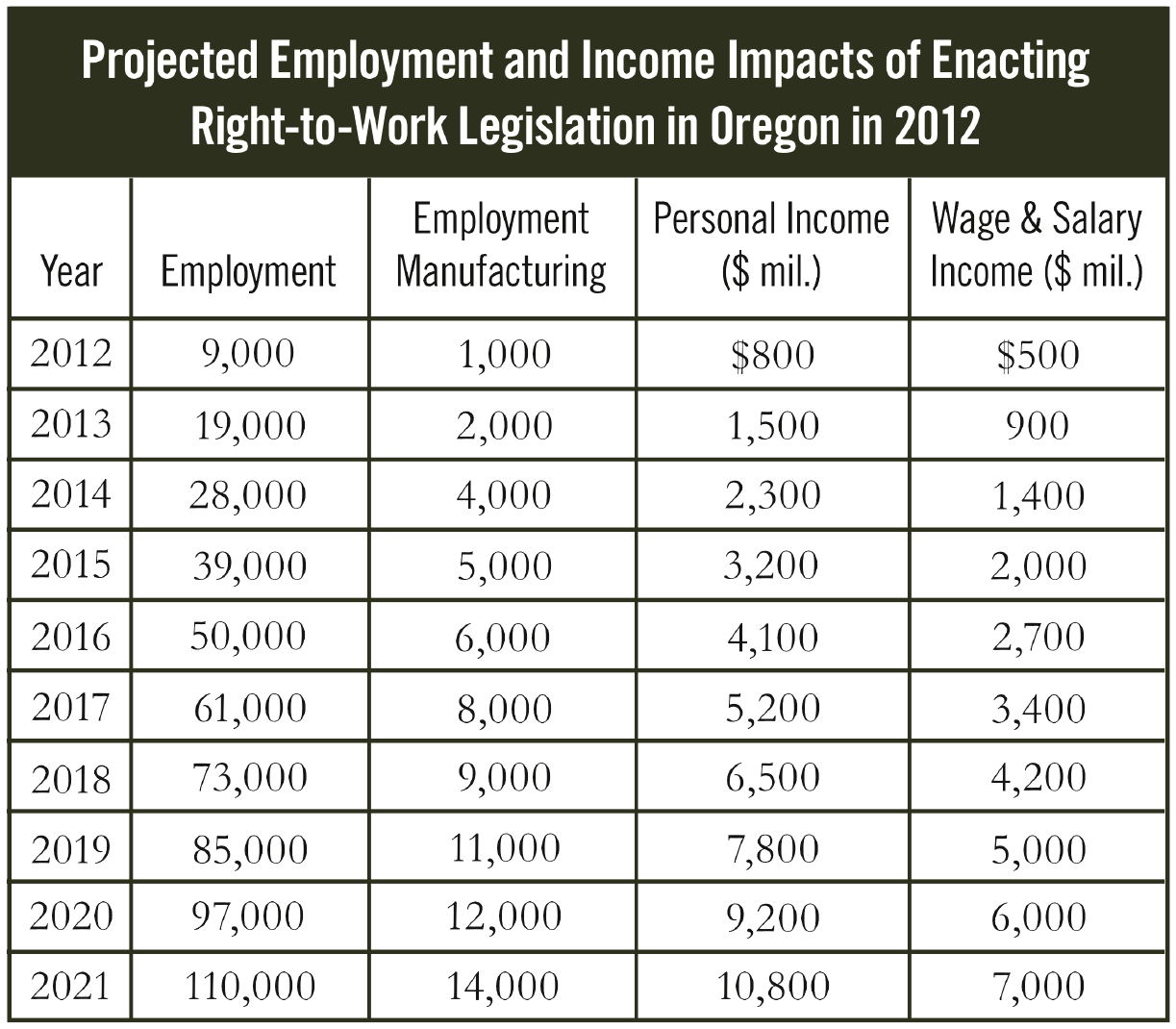