As the Bureau of Labor chart shows, Oregon and California Metro-area cities are suffering with higher than average unemployment rates. These two states are rare compared to other states which either are improving better than the national average or at least have a few city areas that are improving better than the national average.   Oregon and California are dominated by these job loss metro-cities.  Portland was ranked the 17th highest job loss city which lost 5.9% of it’s jobs last year. There were 99 of 100 biggest US cities that suffered declines. 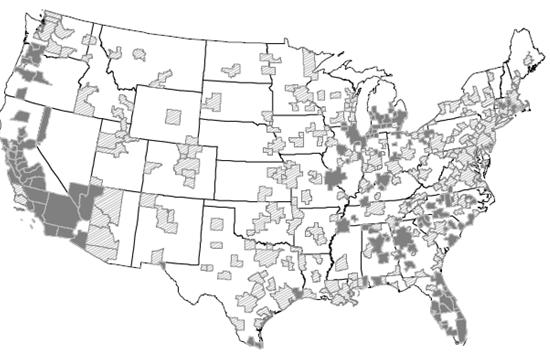