This map shows all of Oregon’s export markets and their relative size. It is a nifty way to get an idea of with whom we trade and how much we trade with each. 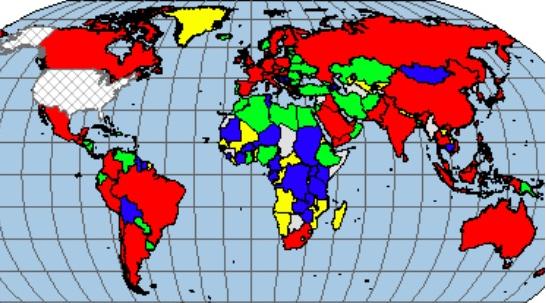 This week, I have had exchanges with two reporters about Oregon’s economy in relation to Intel’s strong performance (Oregonian) and the Dow at 10,000 (OPB). To both, I expressed the opinion that if there is a bright spot for the Oregon economy in the near future it is the robust return to growth in Asia, particularly in China.

This table (below) illustrates what I am talking about (at least as far as China is concerned). It shows how, overall, Oregon’s exports have crashed recently (compare the first six months of 2008 with those of 2009) save for one glaring exception: China. Exports to China have increased alomst 24% It also shows how important to the Oregon economy are exports to Asia. Five of the top six export markets are in Asia. So the speedy recovery of the Asian economy is very good news for Oregon. [Note that this table shows only the top twelve export markets for Oregon, there are many more]

Exports of NAICS Total All Merchandise from Oregon in thousands ($ USD)